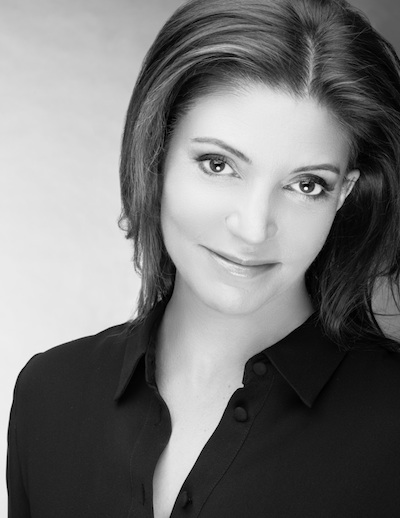 Nina Ansary is a scholar, historian, expert on the Women’s Movement in Iran and author of “Jewels of Allah, The Untold Story of Women in Iran”.
She was born in Teheran and left her country when she was 12 at the onset of the Islamic revolution. Growing up in New York City, she received her B.A. in Sociology from Barnard College and her M.A. in Middle Eastern Studies from Columbia University. In 2013 she finished her Ph.D in History from Columbia University.
She a regular contributor to the Huffington Post and the website Women’s eNews.
She is member of the American Association of University Women, the National Organization for Women and the US National Committee for UN Women, organizations dedicated to public policy and supporting education, charitable and gender-related causes. She is also one of the top influencer on Iran on Twitter.

NINA ANSARY and The FRONTEVERSISMO MOVEMENT

“I deeply admire Giuseppe Siniscalchi for his kindness, culture and  enthusiasm. I am grateful to him because he contributes to a World of peace in a special way. Through  Fronteversismo,  his artistic movement, he conveys a message of peace. And art turns to be a colorful, universal  language often more powerful than words themselves.
His paintings show us the relationship between the universe and human behavior. The hallmark of his philosophy is the belief in dialogue and in a peaceful resolution  of conflicts. Fronteversismo carries enormous potential for peace”. 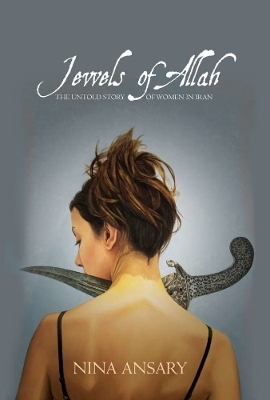 Why did you choose to entitle your book Jewels of Allah?
“In researching the feminist movement in the West, I came across a quote by an American suffragist and feminist, Alice Stokes Paul, who described the women’s movement with these words: ‘I always fell that the women’s movement is a sort of mosaic in which each of us puts a little stone, then you get a great mosaic at the end’. The mosaic image inspired me. Iranian women have different perspectives and attitude, but at the same time they are united in the desire and effort to be free to follow their own path. Every woman is a unique gemstone and together they represent the jewels of our Creator, the jewels of Allah”.

What is the main aim of your book?
“It is a tribute to many powerful women throughout Iran’s history, revealing a global sisterhood of women who have transcended boundaries of religion, race and culture. It shatters some stereotypical assumptions about Iranian women and highlights the myriad of courageous women in Iran today who fight an uphill battle aimed at reversing the discriminatory gender policies. Jewels of Allah has broader borders and targets too: it is dedicated to every individual oppressed by discriminatory ideology”.

Do you think that feminism comes in different shapes and sizes?
“Every woman has the right to define the feminist mantra according to her own vision. She has to define feminism to her own cultural context. Nowadays many people criticize women wearing the veil. Personally I have nothing against it, if a highly educated and accomplished woman decide to put it on. However, it is not acceptable in case  the veil is imposed to the woman by someone else and it is not the consequence of her own choice”.

Today women in Iran outnumber men in higher education, how did this happen, considering the phenomenon occurred after the 1979 revolution which imposed so many restrictions on women?
“This is one of the unanticipated consequences of measures undertaken by the Islamic regime, which ironically ended up empowering women. Ayatollah Khomeini in fact championed the cause of education for all, including women. With respect to higher education, in the early years of the revolution, women were banned from entering certain fields of studies. However, over the years, they gradually gained access and have a presence in virtually all disciplines. Imposition of the veil and the mandate for single-sex education at the primary and secondary levels was welcomed by the majority of the traditional families who could not relate to the westernized trend set in motion by the Pahlavi monarchy; those parents felt safe to send their daughters to school with such a chaste atmosphere”.

Looking at it from a humanitarian perspective, what do you think will be the consequences of the nuclear  deal signed last  July in Wien?
“The negotiations were not addressing women’s rights violations and other human rights concerns. However, sanctions have debilitated deeply and for years the Iranian population. I hope that if one door opens, then other doors will do the same. That is why I am cautiously optimistic that lifting the sanctions could potentially be the beginning of better things to come, including women’s rights and more freedom for Iranians in general”.

How can we in the West help Iranian women?
“The international community should engage in bringing attention to the plight of women in Iran who continue to be debilitated by the irrational premise of patriarchal laws. We all have the collective responsibility to amplify the voices of anyone or any group that has been unjustly oppressed. And the social media with their borderless nature can help us in this effort too”.

100%of all proceeds from the sale of her book Jewels of Allah go to various charitable organizations and institutions. The main recipient is the OMID Foundation, a charity that has been empowering disadvantaged young women in Iran for over a decade.